Young people and the importance of sleep 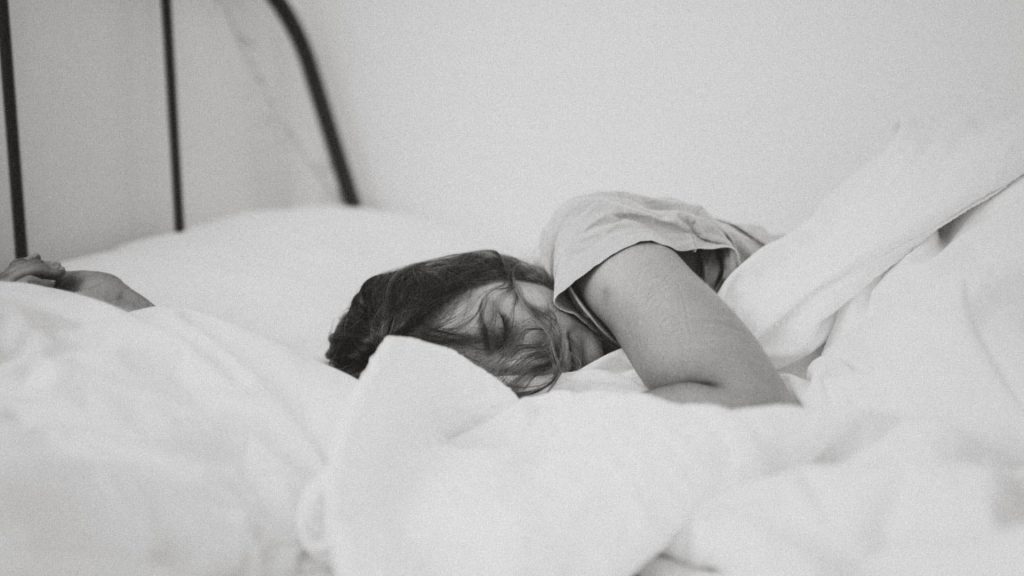 Young people and the importance of sleep

Getting the right amount of sleep can contribute enormously to the physical, cognitive, social, emotional and mental wellbeing of young people. It appears, however, to be an area that still requires a lot of attention. A study titled “Growing up in Australia” from the Australian Department of Health in 2019, found that a quarter of 12-15 year olds are not getting enough sleep and almost half of all 16-17 year olds are not meeting sleep guidelines.
Currently it is suggested the average hours a primary school student should sleep at night is at least 9-11 hours, and a secondary student should also be getting around 8-10 hours of sleep.
So if you are noticing any of the symptoms below in your young person, it may well be due to the quality and quantity of their sleeping hours.

When young people are not getting enough sleep, their concentration levels are decreased, they have impaired decision making skills, poor memory, lack of judgement, motivation is down and errors increase. So of course this does not make for the ideal presentation for a young person to turn up to school ready to learn and reach their potential each day.
Aside from those cognitive impairments, we also know that when we are tired, our emotions are intensified and thus the repercussions to our social and emotional wellbeing are also heightened and triggered more easily by everyday challenges. And sleep deprivation can also lead to problems of impulse control which can lead to increased risk taking behaviours.

Technology we know does play a significant role in both the quality and quantity of a young person’s sleep. Our sleeping rhythms are impacted by changes to light and environment and the blue light emitted from many devices prevents the sleep hormone melatonin from being released which subsequently impacts that ability for healthy sleep and our ability to orient our circadian rhythm.

We also know that when young people engage in online games, group chats, social media commentary and private texting right before they go to sleep, they are also having the emotional part of the brain or limbic system start to take over from that more rational part of the thinking brain. This happens as a result of the time of day and the need for our brains to slow down and take a reset in order to tackle another day. However if we are engaging in emotional conversations, sensitive chats or even being bullied or feeling excluded by the online interaction we may be engaging with, then the repercussions of those interactions are felt a lot more deeply but that emotional brain may ensure that those feelings of anger, sadness, anxiety or disappointment are felt all the more strongly and thus a cycle of sleep disturbance will continue.

Whilst many young people were already not getting enough sleep it also seems this may be another repercussion of a year largely in lockdown. With later starting times to the school day and in absence of a school commute, many young people were going to bed later and getting up later. With schools and workplaces returning to onsite, this meant some of those habits of later bedtimes continued, but it wasn’t followed up with the sleep in at the opposite end. Thus we are continuing to see those changing sleep habits contributing to decreased quality sleep.

Ideas to set up a better sleep routine

Good sleep hygiene and good sleep patterns and habits, can certainly be seen as one of the greatest influences to the development of young people as well as their ability to thrive, learn and reach their potential . So with a few tweaks to their routines and daily habits, it seems apparent that we will give our young people the best shot at maintaining good sleep, as well as optimum cognitive function and social and emotional wellbeing.